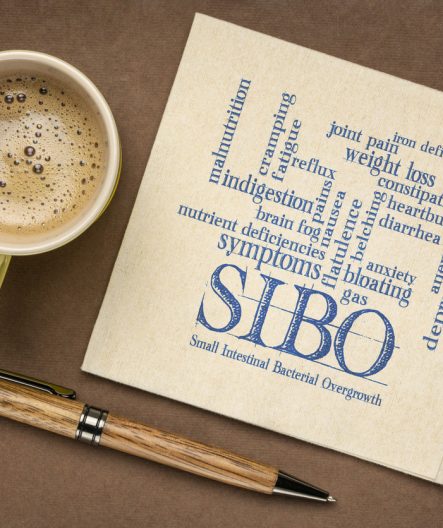 Why do bacteria in the small bowel cause problems?

The function of the small bowel is to digest and absorb nutrients. The food is broken down in the small intestine into small particles like sugars, simple fat molecules and the building blocks of proteins called amino acids. When there are bacteria present, they interfere with the absorption of these substances and digest (ferment) the sugars and amino acids themselves. The result of this bacterial fermentation is the production of gas and other by-products, which can interfere with salt and water absorption from the bowel. All of these processes can lead to bloating, flatulence, cramping and diarrhoea. Bacteria in the small bowel can also impair the absorption of important micronutrients and vitamins such as B12, vitamin D and iron.

What are the symptoms of SIBO?

The symptoms of SIBO are nonspecific, including abdominal pain and cramps, bloating, excessive wind/gas (which can have a strong smell), indigestion, diarrhoea, constipation (less common), alternating bowel patterns, nausea, borborygmi (loud gurgling bowel sounds) and brain fog. Fatigue may also be a symptom in some people.

As with many things in the human body, there are a number of reasons why someone might get SIBO but, sometimes there is no obvious cause at all.

The small bowel is constantly contracting to move its contents rapidly from top to bottom. This is like a small mountain stream, flowing rapidly downhill with fresh water. If the water slows down or stops, the water becomes a bit murky and weeds begin to grow. Similar occurs in the small bowel, if the flow slows down, bacteria begin to multiply, leading to SIBO. Therefore, conditions that slow down gut motility (such as IBS-C, neurological conditions, diabetes, taking some medications e.g. opioids) can increase your risk of SIBO. Getting older also slows down gut motility, leading to increased risk, particularly in older women

Most bacteria can’t survive the acid in the stomach. However many people are on acid-inhibiting medications, such as PPIs (proton pump inhibitors) because of problems with acid reflux or for other reasons. These medications double the risk of developing SIBO, although the actual risk remains low.

Bariatric surgery (surgery for overweight / obesity) such as a gastric by-pass allows food (and bacteria) to bypass the stomach and directly enter the small bowel. This appears to increase the risk of developing SIBO. While surgery on the colon that removes the valve between the large and small bowel (called a right hemi-colectomy) may allow bacteria to migrate upwards into the small bowel from the colon.

How do you test for SIBO?

A Hydrogen and Methane breath test is the most common test for SIBO.  This is a simple and non-invasive investigation. The test usually involves drinking some lactulose (glucose can also be used) a sugar that is not digested by the human gut, but which is digested and fermented by gut bacteria, leading to the release of hydrogen. The hydrogen is reabsorbed into the blood stream and then travels to the lungs, where is it released during exhalation. Breath samples are then taken every 20 minutes for up to 3 hours, to assess the hydrogen levels in the breath sample. If there is a significant rise within 90 minutes, this is usually indicative of hydrogen-SIBO. Hydrogen-SIBO is associated with loose stools / diarrhoea or an alternating type bowel pattern.

Most breath testing will also test for methane levels, a thing called methanogenesis. Methane is produced by microorganisms called archaea within the gut. Archaea are closely related to bacteria but not actual bacteria. Recent SIBO guidelines have reclassified a methane-positive breath test as intestinal methanogen overgrowth (IMO) as methane excess is likely not just coming from the small intestine, but from the large intestine also. Excessive methane production within the gut is more commonly associated with constipation. Methane has been shown to directly slow intestinal transit and causes constipation and some studies have shown that the degree of constipation correlated with breath CH4 levels in subjects with IBS and in patients with constipation without IBS.

Breath testing for SIBO is not perfect and is only 60-70% accurate – both false negative and false positive results occur.⁠

How to know if you have SIBO or IBS?

⁠Looking at the list of SIBO symptoms you’ve probably noticed that it looks very like the list of IBS symptoms!  There is often overlap between IBS and SIBO⁠. This has led researchers to investigate if patients diagnosed with IBS have in fact got SIBO. Are some people misdiagnosed with IBS when in fact they have SIBO? Or do some people have both IBS and SIBO? Many studies have looked at the frequency of SIBO in those with IBS. A recent meta-analysis found that 30% of IBS sufferers also had SIBO,  compared to  only 8-10% of controls (SIBO was almost 4-times more likely in IBS patients compared to healthy controls). Healthy controls were people who had no digestive symptoms which means that some people may have SIBO, but feel completely well. If you have IBS, and your symptoms are not settling with first-line treatments, it may be worthwhile testing for SIBO. This ties in with studies that have looked at antibiotic treatment for IBS. On average 1 in 9 people with IBS treated with an antibiotic, will have a significant improvement in their symptoms. Not all of those studies tested for SIBO, perhaps the benefits seen were due to co-existing SIBO, or alteration in the colonic bacteria, which is also known to be altered in IBS (so-called dysbiosis)

What is the treatment for SIBO?

A number of different strategies are used

The main treatment is antibiotics. Rifaxamin is one of the best studied and is 70% effective. It is particularly effective if hydrogen-producing bacteria are present in the small bowel, but if there is methane production, a second antibiotic, often Metronidazole or Neomycin, is required. Antibiotics are usually prescribed for 2-4 weeks.

The role of probiotics in the treatment of SIBO is not currently clear. One recent study, which pooled together all the data from existing studies, suggested that probiotics may be effective in treating SIBO in some people, but long-term use did not appear to prevent the recurrence of SIBO. This area needs further study.

Some natural substances such as thyme, sage, oregano, wormwood, berberine, grapefruit seed, garlic, ginger, rhubarb, and liquorice are commercially available in combination as capsules. Many of these substances have been shown to have antibacterial properties and are commonly used in Chinese medical practice. Many people with IBS and SIBO take complementary and alternative therapies and some people absolutely swear by them, however further studies are needed.

As we mentioned, SIBO often occurs in people with an underlying condition. Therefore, it is not surprising that almost 50% of people with SIBO will develop a recurrence of their symptoms within a year of treatment. Ideally, an underlying cause should be treated, but unfortunately, this is often not possible and some patients will require repeated courses of antibiotics.  Most clinicians aim to give patients as little antibiotic as effective and to stretch out the interval between antibiotic courses as much as possible. Patients often have a very good handle on this and know when to need to re-start an antibiotic, based on their symptoms.

SIBO causes nonspecific GI symptoms and symptoms alone cannot be used to establish a SIBO diagnosis. Although a perfect breath test for SIBO is currently lacking, breath testing is safe and non-invasive and is currently the best routine test available. Up to 50% of people with IBS may have SIBO and there is considerable overlap of the symptoms. Treatment of SIBO with antibiotics is generally effective and well- tolerated but recurrence is common. Dietary and herbal treatments may benefit some people. 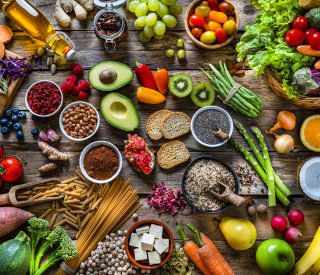 Meeting all your nutrient requirements on a plant-based diet

Veganuary is a growing trend with more people adopting a vegan diet every January. Eating... 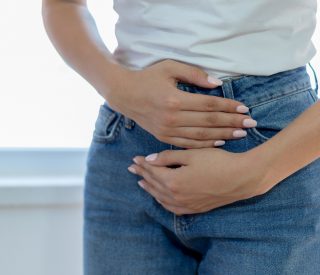 Up to 30% of people diagnosed with diarrhoea-predominant IBS (IBS-D) may also have BAD, or... Today is World Mental Health Day. Here, at The Gut Experts, we are passionate about mental...