The pelvic floor is the name given to the hammock-like structure of muscles and ligaments that support the pelvic organs.

In women, the pelvic organs include from front to back, the bladder, uterus, vagina and the rectum. In men the organs are the bladder, prostate and rectum. The pelvic floor plays a vital role in coordinating and controlling urination, passage of a bowel motion and supporting the reproductive organs.

Problems with the pelvic floor are collectively known as Pelvic Floor Dysfunction (PFD). PFD occurs when the pelvic floor becomes weakened or injured and loses its elasticity, which can then affect urinary, bowel or sexual function. 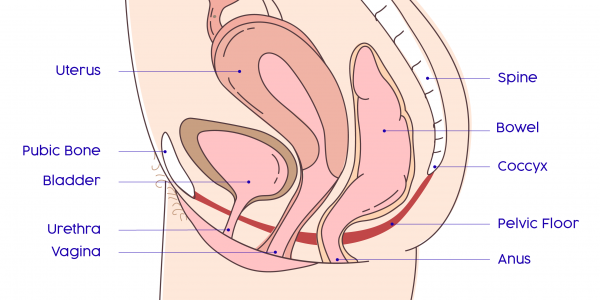 What are the symptoms of PFD?

What can be done to help PFD?

The first thing you can do is to talk to your doctor about the problem as it is unlikely to go away by itself. If you feel that you have symptoms to suggest any of these conditions and they are causing significant discomfort / distress, you should make an appointment to see your GP / Family Doctor to discuss them.

Referral to a specialist will likely be required and depending on your main symptoms, this could be a gastroenterologist, a colorectal surgeon, a gynaecologist (if the main symptoms seem gynaecological) or a urologist if the main symptoms relate to problems passing urine. Sometimes medications can help, certain types of pelvic floor physiotherapy and a treatment called Biofeedback therapy can be of great help. Less commonly, surgery may be helpful, but only in a minority of cases.