Do I need to remove gluten from my diet?

If you’re coeliac, yes. If you’re not, then think twice.

Coeliac (or Celiac in the US) disease is an autoimmune disease (our immune system damaging our own tissues) that results in damage to the lining of the small bowel/intestine. The autoimmune response and resulting damage is triggered by the presence of gluten in the diet. The tiny villi (small finger-like projections) in the small intestine are damaged and flattened – see Understanding Your Gut for more – and this prevents them from absorbing nutrients from food properly. This can lead to severe complications in the long run if left undiagnosed or managed.

How Common is Coeliac/Celiac Disease?

Approximately 1 in 100 people have Coeliac disease and it is more common in people of Celtic origins than anywhere else in the world. Previously coeliac was thought to be uncommon in African Americans, people from the Indian subcontinent and Asia, but now it is also recognised that approximately 1/200 people from all parts of the world are affected, although many are undiagnosed. If a first degree relative has coeliac disease then you have a 1 in 10 chance of having it too.

According to Coeliac UK only 30% of the UK population with coeliac have been diagnosed. In clinical practice we often talk about “the iceberg” because the real incidence of coeliac disease is so much greater than what we see – so much of it is below the surface.

We both see many patients in our clinics who have decided to follow a GFD because they think that they have a gluten allergy or intolerance. They feel bloated or full of gas after eating wheat-containing foods such as bread or pasta. Coeliacs and those with a medically diagnosed wheat protein allergy should strictly exclude all gluten and wheat from their diets.

However, for most people who find they get some gut symptoms after eating wheat e.g. bloating, wind, cramps, it’s typically a question of how much wheat they’re eating rather than the fact that they are eating wheat or gluten at all.  AND it’s not generally gluten that is causing the problems, but rather the particular type of fibre found in wheat, called fructan. Fructans are a FODMAP (we’ll talk more about these soon) and these can be problematic for those with IBS as they’re fermented by and feed our gut bacteria, which results in gas production. On the plus side, being a fibre, they bulk the stools and help prevent constipation and so provide a number of benefits.

So what? So if you find that you get symptoms after eating wheat, you should talk to your GP and get a blood test done to check for coeliac. This test is approximately 95-98% accurate. If this is negative, then you are unlikely to have coeliac, although in some circumstances (such as having relatives with coeliac) it may be necessary to test further. If the test is negative, but you definitely feel that wheat is causing you some symptoms, then it is a question of finding out how much wheat that you can comfortably eat, without experiencing digestive symptoms, rather than going gluten-free altogether.

We don’t typically recommend the exclusion of gluten or wheat from the diet for those with IBS. It’s more a case of working to discover what your individual tolerance for wheat is. If you have excluded wheat or gluten from your diet for some time then we’d encourage you to try reintroducing it to your diet. When you start to reintroduce it, bacteria in your gut that have not been ‘fed’ wheat for some time, will start to proliferate and this can cause some gas production. For this reason we advise that you start low and go slow – start with 1 slice of wholemeal bread every 2-3 days. You may experience a little bloating or wind as your gut bacteria enjoy something they have been deprived of but this should settle. Continue to experiment with this for about a month and hopefully you will find that you can tolerate some delicious bread, pasta or the occasional pastry over the course of a week.

What Are the Common Symptoms of Coeliac Disease?

There’s a lot of overlap between Coeliac and IBS symptoms, so it’s important that you get a medical diagnosis if you suspect you may have either of these conditions.

Typical symptoms of coeliac disease include bloating, diarrhoea, nausea, wind, constipation, tiredness, mouth ulcers, sudden or unexpected weight loss (but not in all cases), and anaemia. And the severity of many of these symptoms can vary from mild to severe. However some people have absolutely no gut symptoms and the condition presents in other ways such as vitamin deficiencies – particularly vitamin D, iron and folic acid –  anaemia or premature osteoporosis.

Given the increased risk of having coeliac disease if a first degree relative has the condition, it’s always worthwhile being tested if it’s in your family.

How is Coeliac Disease Diagnosed?

A simple blood test is often used as a first line test but this can give false negative results (about 2-3%). The only definitive way to diagnose coeliac disease is to undergo an upper GI endoscopy (gastroscopy) to take a small sample (biopsy) from the upper part of your small intestine (the duodenum). This procedure is done in an endoscopy unit.

If you are undergoing testing for coeliac, it’s important to continue eating gluten, as both the blood test and the biopsies will normalise after a period of being gluten-free. This time period varies from person to person, but is usually around 3-6 months. So we would recommend that you have some gluten/wheat in your diet for at least 6 weeks before testing, otherwise the tests are not accurate.

The only currently available treatment for coeliac disease is a lifelong gluten free diet. This can seem like a big ask and a bit overwhelming at first, but you would be amazed how well you can adapt to this if necessary, particularly if it makes you feel better.  There are so many delicious and nutritious foods that are naturally gluten free such as fruits, vegetables, meat, eggs, poultry, fish, rice and some cereals such as oats. Processed foods can have hidden gluten as an additive or in sauces, and you need to look closely at the list of ingredients.

By working with a Registered Dietitian Coeliacs can learn how to safely modify their diet, to adapt recipes and to decipher ingredient lists. There are also lots of excellent gluten free products available in supermarkets as well as many restaurants these days.

Some interesting products are currently in development, which prevent gluten damaging the villi in people with coeliac disease. None of these are currently ready or available for routine use and may or may not make it into production in the future, but we’ll watch this space with interest. A recent study published in the New England Journal by a team in Germany is an exciting example of what may evolve in this area.

Most countries have their own coeliac / celiac associations, which generally offer a wealth of resources and information for their members. If you’ve been diagnosed with coeliac, then joining a patient support group such as the Coeliac Society of Ireland, Coeliac UK or the Celiac Disease Foundation in the US, is absolutely invaluable for more information and support.

A study recently published in Gut, one of the leading gastroenterology journals, by the Nutritional...

What are FODMAPs? We’ve got all you need to know

What does FODMAP stand for? The term FODMAP stands for Fermentable, Oligo -, Di- and Mono-saccharides and Polyols and if... 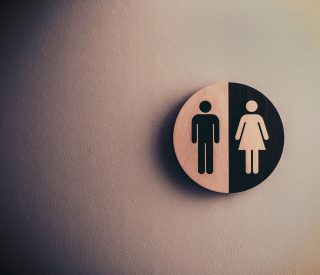 Why we need to talk about incontinence

It’s World Continence Week, an important chance to talk about a very challenging and often...