Why blue muffins are on the menu 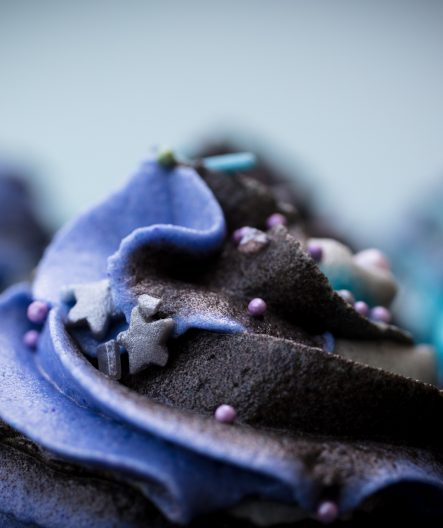 A study recently published in Gut, one of the leading gastroenterology journals, by the Nutritional Sciences Division of King’s College, London caught our eye. The team had taken an unusual and colourful approach to their study.

What were they looking at?

The researchers used muffins laced with blue dye (unfortunately blueberry muffins don’t quite do the same thing) to measure gut transit. Gut transit time means quite simply how long it takes for the food you eat to pass all the way through your gut; from the time it enters your mouth until it passes out the other end in a bowel motion. This can vary hugely from person to person.

The blue dye that was put into the muffins isn’t digested and so when the dye reaches the colon, it gives the bowel motions a blue colour. The study was just part of a larger study called the PREDICT 1 study, which compared metabolic responses to standardized meals and gut microbiota (GM) in twins and unrelated healthy adults in the USA and the UK.

We know that gut motility is influenced by a number of things, such as diet and fibre intake, but also by the GM. The relationship with the GM is complex, as substances released by the GM can affect motility.

So for example, methane production by GM can slow down gut motility and is associated with constipation. Those of you with IBS may well relate to this.

In the study, participants fasted and then ate two blue muffins, along with a glass of chocolate milk – lucky them. They then answered a questionnaire regarding the frequency and consistency of bowel movements over the course of a week and had to log the first time they saw blue in the bowel motions. The researchers also analysed the GM and looked at other markers of metabolic health such as blood sugar after eating, cholesterol and other fats called triglycerides in the blood after meals.

What did the study find?

The study also showed that the GM differed in the very fast compared to the very slow transit groups and that there tended to be particular families of bacteria found in the fast and the slow groups. For example, one of the bacteria found at higher levels in the slow transit group was also associated with poorer measures of cardiac and metabolic health. Perhaps not surprisingly stool frequency and consistency, correlated with transit time – so some people with softer and more frequent stools tended to have faster transit times, whereas slow transit was associated with hard and less frequent stools.

Perhaps surprisingly, the study did not find a strong correlation between diet (using a healthy eating index and several other measures of diet quality) and gut transit time; in other words, people who had very healthy diets (with plenty of fibre, fruit and vegetables) did not have faster gut transit times than those with less healthy diets. This is a bit of a conundrum and certainly not what was expected – it may relate to the fact that people were asked to recall what their eating patterns had been over the past 3 months, rather than writing it down day by day- so this might lead to some ‘recall bias’. This will definitely be studied more in the future.

Although associations with diet and measures of heart and metabolic health (obesity, blood sugar levels after eating, for example) were modest, longer transit times were associated with greater visceral (around the waist and abdomen) fat, which is a “key measure of health.”

The authors of the study concluded,

“our findings indicate that the blue dye method is a novel, inexpensive and scalable method of gut transit assessment providing valuable gut health and metabolic insights”.

“Its wide use in both research and clinical settings could facilitate the advancement of our understanding of gut function and its determinants, as well as the complex interactions between gut physiology and health outcomes.”

Why we liked this study

We liked the simplicity of the fact that eating blue muffins could result in so much useful information – gut transit time, but also by extension, GM composition and associations with other measures of cardiac and metabolic health.

At this point, the findings are probably more of interest to researchers and may be valuable in future studies examining diet, the GM and overall health.

Don’t worry if you think that your gut transit is very fast or very slow; this study was done in healthy controls and even so, a very wide range was observed. At this point in time researchers are searching for clues about links between the gut microbiota and gut and overall health.

If you feel your bowels are sluggish, consider increasing the amount of fibre that you’re eating. You should try to increase it gradually by 5g per week to find the balance that’s right for you. Of course, if you feel the opposite, perhaps you are eating too much fibre.

See our Fibre blog post for more about managing fibre in your diet.

You can read the study in Gut here. 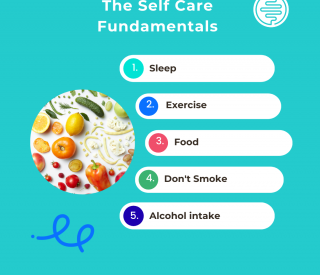 Why you should care about ‘Self Care’

Self Care. It’s something we hear a lot about these days but what does it... 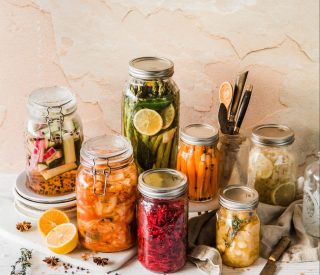 A recent study by researchers at the Stanford School of Medicine investigated two different dietary... 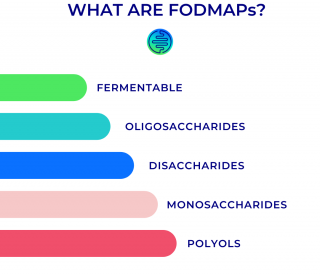 What are FODMAPs? We’ve got all you need to know

What does FODMAP stand for? The term FODMAP stands for Fermentable, Oligo -, Di- and Mono-saccharides and Polyols and if...